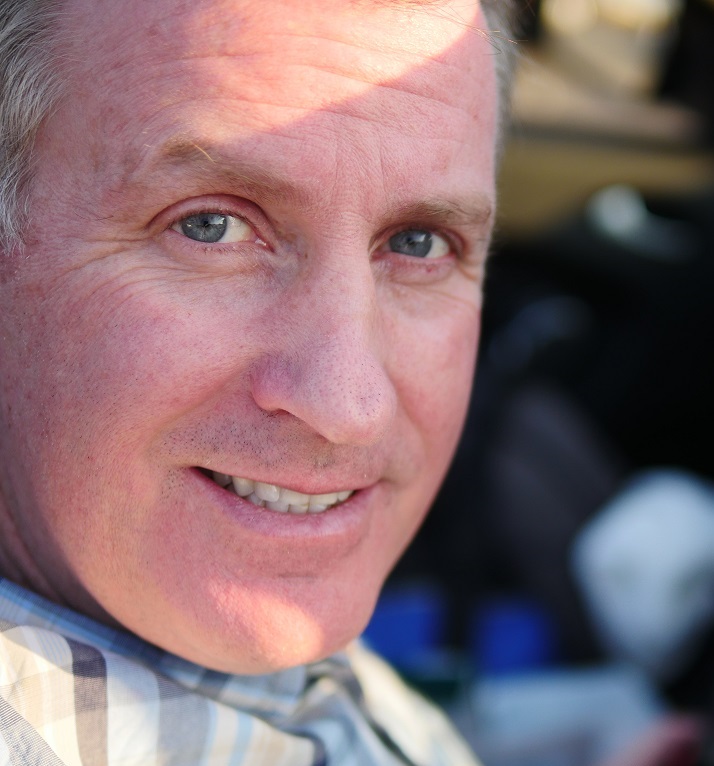 Self-driving cars may have been the spark of inspiration for B.S. Donovan’s first story for Asimov’s [in our Jan/Feb issue, on sale now], but “You’ll Live” itself is driven by its characters. Read on for B.S.’s thoughts on people-centered science fiction, the importance of plotting things out, and why “You’ll Live”’s title is key to the story.

BSD: It started with self-driving cars, actually. And it veered off from there. I think that when we have real self-driving cars, our lives will be very different. And I don’t just mean that it will be easier to get to work. Since we won’t have anything to do when in the car, we will use it more like a living space. People will pass their time like they would anywhere else, if they’re stuck in the space together and have nothing else to do. A particularly friendly couple will use the opportunity to get busy. Kids will watch TV or play games. This led me to think about what it would be like to be a family together, living in a car. It all kind of went downhill from there.

BSD: Not exactly, but partly. I don’t think I could have written this story ten years ago. I relate to the protagonist indirectly through my children. I’m a father of two wonderful girls who fight and argue with each other. They also laugh and play together. And despite how much they annoy each other, there are moments when you can see just how fiercely they care for each other. When they were in elementary school, they’d share futons on the floor (we live in Japan), and one of them, usually the little one, would end up facing the wrong way and extending a foot into her sister’s armpit, or even under her chin. It wasn’t exactly that moment that inspired the story. But, as a father, I know what it’s like to see kids sprawled together like puppies under blankets, not knowing which hand belongs to which kid, and worrying whether someone is going to wake up with a bloody nose because of a heel to the face.

BSD: It came to me as I was writing the fourth paragraph. When I was a kid, like all kids, when I wanted something, I’d say, “I need it.” To which my parents would always answer, “Unless you’re about to die, you don’t need it. You just want it.” Which is true. As an adult with my own children, I can genuinely say that I’m glad that they took the time to reason with me. But to the kid me, it was not only annoying, but clearly false. Just listen to my voice and you’ll know that I might actually die in the next twenty seconds if I don’t actually get what I want because I need it so much. And yes, my folks did tell me, “You’ll live.” And they were right, as evidenced by the words you’re reading now.

Because the title really is the story. Without those words, the story is only just a commentary on a future that is all too possible and too sad to write about without some redemption. The title is the beginning. The title is in the middle. It is the end. It serves as bookmarks for how things change in the story. The end hopefully makes it worth enduring the pain that you imagine right along with them.

Nine times out of ten, if I just synopsize, then I can continue. I get tired, just like anyone. But if I can paint a simple picture in a few words, then it’s like I just have to color it in. Like sketching something before painting it.

BSD: A very good friend of mine, who is also a writer and also one of my go-to alpha readers, gave me some feedback on the story early on. He is a hard science fiction fan, and he commented that the story could have been set in any time period or setting. While I disagree a little bit (the setting is another character, I think, perhaps more than the boyfriend/father figure of Rich), the comment told me I was on the right track, which is that the story is about the people. It is about our hero and his brother, Greg. That’s the story. Not the self-driving car, not the VR, nor the stims or seds. It’s about the characters.

What attracts me to Asimov’s is just that: the stories are about people. And how we struggle, or love, or fight, or deal with the fantastical worlds that the authors dream. And that’s why I thought of Asimov’s first.

BSD: Interesting question; in this case, it impacted me a lot. The current political and economic situation in the states drove me to wonder what would happen if we continued on this trajectory. What would happen if the 1%-ers replaced all workers and we all went on welfare? That said, I believe that there’s a lot more to our subconscious than just current events. And I’m never sure what event (current or otherwise) is going to spark an idea.

BSD: I am what they call a plotter. I discovered this after trying to be a pantser for a couple of years. For those of you who don’t know, a plotter is someone who plots out a story in advance. A pantser is someone who flies by the seat of their pants (thus pantser). As a pantser, I can get a thousand words onto a page without problems. Beyond that, my subconscious stops working. And if I don’t know where I’m going, then I get bogged down. I found that if I can write a synopsis of my story (of whatever length), then I can write much better, faster, stronger than I could otherwise. So now I plot (or at least synopsize).

I need to really know where I want to go with a story in order to start writing. I need to have a scene in my head, a character, a direction. And that is what allows me to let the words come out. From there, things come together—like the title I wrote about above, and the ending.

BSD: I plot. LOL. Seriously, though. Nine times out of ten, if I just synopsize, then I can continue. I get tired, just like anyone. But if I can paint a simple picture in a few words, then it’s like I just have to color it in. Like sketching something before painting it.

Also, I write longhand. I didn’t used to do that either. But I discovered that the words come out better with a pen in my hand. Yes, I can type. Pretty well, too. I save that for later drafts.

BSD: I have been a bunch of things. A bartender, a high school teacher, a finance manager, and (even now) a logistics manager. How they affect my writing is simple, but not what you might imagine. My work life is driven by, well, work. And at some point there needs to be something else. I reached a point where if I had to write one more capital expenditure request, I thought I might explode. I started to study Japanese calligraphy, which is intensely rewarding and about as hard as it looks. And then I found a writers’ group with amazing people, and there you are.

BSD: I dislike Twitter. I think it is a dark place. I rarely use Facebook. It is a falsely bright place. I have a blog, which is old-fashioned, and you are more than welcome to follow. You can see my calligraphy and read about me, my stories, and how great Japan is, at http://www.bsdonovan.com.

B.S. Donovan has been a bar tender, English teacher, finance controller, and logistics manager. But his passions are fiction and art. Born and raised in Boston, Massachusetts, USA, he currently resides in Chiba, Japan. In addition to writing fiction, he practices Japanese calligraphy. In his poignant first story for Asimov’s, two young boys learn to appreciate their mom’s sad, wry observations.