The delightful William F. Wu visits the blog today to chat about his current story on sale now— “Written in Mud” —as well as give advice for up-and-coming writers, discuss his literary themes, and (perhaps!) taunt us with the exclusive novel he is reading right now….

What is the story behind this piece?

“Written in Mud” is a light-hearted story based on a friendship of thirty-six years between writer Rob Chilson and myself. In the 1980s and ’90s, we often traveled to science fiction conventions together, rented a house together for a short time in Kansas City, Missouri, and wrote ten collaborations of science fiction short pieces that were published. The title plays off one of my favorite stories of his, a serious time travel story called “Written in Sand,” which appeared in the December 1979 issue of Asimov’s. We had not yet become friends at that time. In fact, “Written in Mud” incorporates the titles, or references to the titles, of many of his published novels and short works in both the narration and dialogue. This gimmick only works if the story holds together for readers who aren’t familiar with the references or don’t care about them; I believe it does so and I hope it’s fun for readers who enjoy this sort of thing. The story also has references to all ten of our collaborations, one story of mine, and some by two women writers we’ve known for many years.

How did this story germinate? Was there a spark of inspiration, or did it come to you slowly?

This story came together suddenly, though it brings together information I had collected over decades. I was born in Missouri and grew up in Kansas, so I noticed the title of one of Rob’s novels, The Shores of Kansas, when it was published in 1976 even though we had not met yet. As it happens, I didn’t read it, but I never forgot it, given the obvious: Kansas is a long way from a salt water shore—and yet, that wasn’t always the case, as recently as the Cretaceous period. (It’s science fiction; “recent” is relative, right?)

Kansas is a long way from a salt water shore—and yet, that wasn’t always the case, as recently as the Cretaceous period. (It’s science fiction; “recent” is relative, right?)

Several years ago, I read that fracking in Oklahoma was causing earthquakes in that state. That started me thinking about the earthquake faults in Missouri and Kansas, which aren’t often in the news. That combined with my memory of the University of Kansas sports cheer “Rock chalk, Jayhawk!” that references certain Cretaceous-age bedrock formed under the Western Interior Sea. In a very science-fictional way, I supposed that sufficient quakes might bring the Gulf of Mexico north, in a partial return of that once-vast sea. That could create salt water shores in Kansas, and put Midwestern farms under salt water.

By the way, Rob grew up on a Missouri farm and my parents owned one for many years. I grew up in a suburb, but my father was born in a Chinese peasant village and wanted to own a farm when one became available. Rob and I have sometimes wondered how and why we have many common interests, traits, and attitudes. We’ve never found a real answer, but one of the few features that our backgrounds have in common is a family history with dirt—and our shared desire to avoid working the land ourselves.

Do you particularly relate to any of the characters in this story?

Of course characters in fiction are always fictional and readers must always be cautious in seeing similarities between real people and such characters. With that in mind, the two male characters in this story relate to each other much the way Rob and I talk to each other. Rob’s middle name is Dean and mine is Franking. Pay no attention to the author behind the curtain.

What is your history with Asimov’s?

Asimov’s will always be important to me. My first two professional fiction sales were to British science fiction anthologies that were never published in the U.S. In 1978, then-editor George H. Scithers accepted my novelette “On the Shadow of a Phosphor Sheen” for Asimov’s. When it appeared in the July 1979 issue, it became my first work of fiction published nationwide in the U.S.

Are there any themes that you find yourself returning to throughout your writing? If yes, what and why?

When I chose the goal of being professionally published—I had written stories and poems all my life—I knew I wanted to write some fiction with Asian and Asian American characters and subject matter. I also knew I did not want to be limited in the subjects I chose, so I decided that some of my work would be on ethnic themes and some on universal subjects. In the latter, I’ve chosen to include at least one character of East Asian descent in every case until now. I have only one exception, and that’s “Written in Mud.” The reason: The subjects of race and ethnicity aren’t relevant.

How do you deal with writers’ block?

I have two sources of writers’ block, which I rarely experience. One is that I’m on the wrong track with the story. If I’m stuck, it’s because my subconscious is telling me to alter the story in some way. The only other source is that sometimes I have pressing matters unrelated to writing and I need to take of them because they’re urgent.

What other projects are you currently working on?

I’m working on a novella for the next War World anthology edited by John F. Carr; I’ve been honored to have a storyline running in a number of the books now. I recently had a new novelette published in the Wild Cards series edited by George R.R. Martin, in the volume “Texas Hold’em: A Wild Cards Novel.” I’m also writing a steampunk novel and I’m working with a publisher to bring out collections of my older short works as ebooks, print-on-demand paperbacks, and audiobooks. One of these planned volumes will be made up of the ten collaborations that Rob and I wrote.

What are you reading right now?

As it happens, I’m reading a thirty-thousand-word fragment of a new novel by Rob Chilson. I find it funny, clever, and quintessential Chilson—but he hasn’t finished it yet.

Do you have any advice for up-and-coming writers?

I strongly recommend reading the major works in the long history of the genres writers are interested in pursuing. That means more than just recent work and the last generation, but in understanding how the field started and developed over the long haul. A writer on a panel at a very large event last year claimed to be the first to explain a concept involving werewolves; some of us knew that the first story to do this was published in the 1950s. Knowing the history of past work is always an advantage.

What writers do you recommend to others?

Fantasy author P.C. Hodgell, who has a long, meticulously written series about her character Jaime, and Rob Chilson, who has written a wide range of science fiction and fantasy, have long, impressive careers that have somehow stayed under the radar for awards and large-scale recognition. I highly recommend Hodgell’s series and Rob’s variety of work. I have a special liking for his novel Black as Blood.

How can our readers follow you and your writing?

William F. Wu is a six-time nominee for the Hugo, Nebula, and World Fantasy Awards and has had thirteen novels published by major New York houses and over sixty short stories in the science fiction and fantasy fields. His short story “Goin’ Down to Anglotown” was a 2011 finalist for Canada’s Aurora Award, for best short science fiction of the year, and for the Sidewise Award for Alternate History. His story “Wong’s Lost and Found Emporium,” a multiple award nominee, was adapted into an episode of the Twilight Zone in 1985, available on DVD. His novel Hong on the Range was a selection for the American Library Association list of Best Books for Young People and is available as an e-book.

Wu was born and raised in the Kansas City area and has a doctoral degree in American Culture from the University of Michigan. He lives in California with his wife Lian. 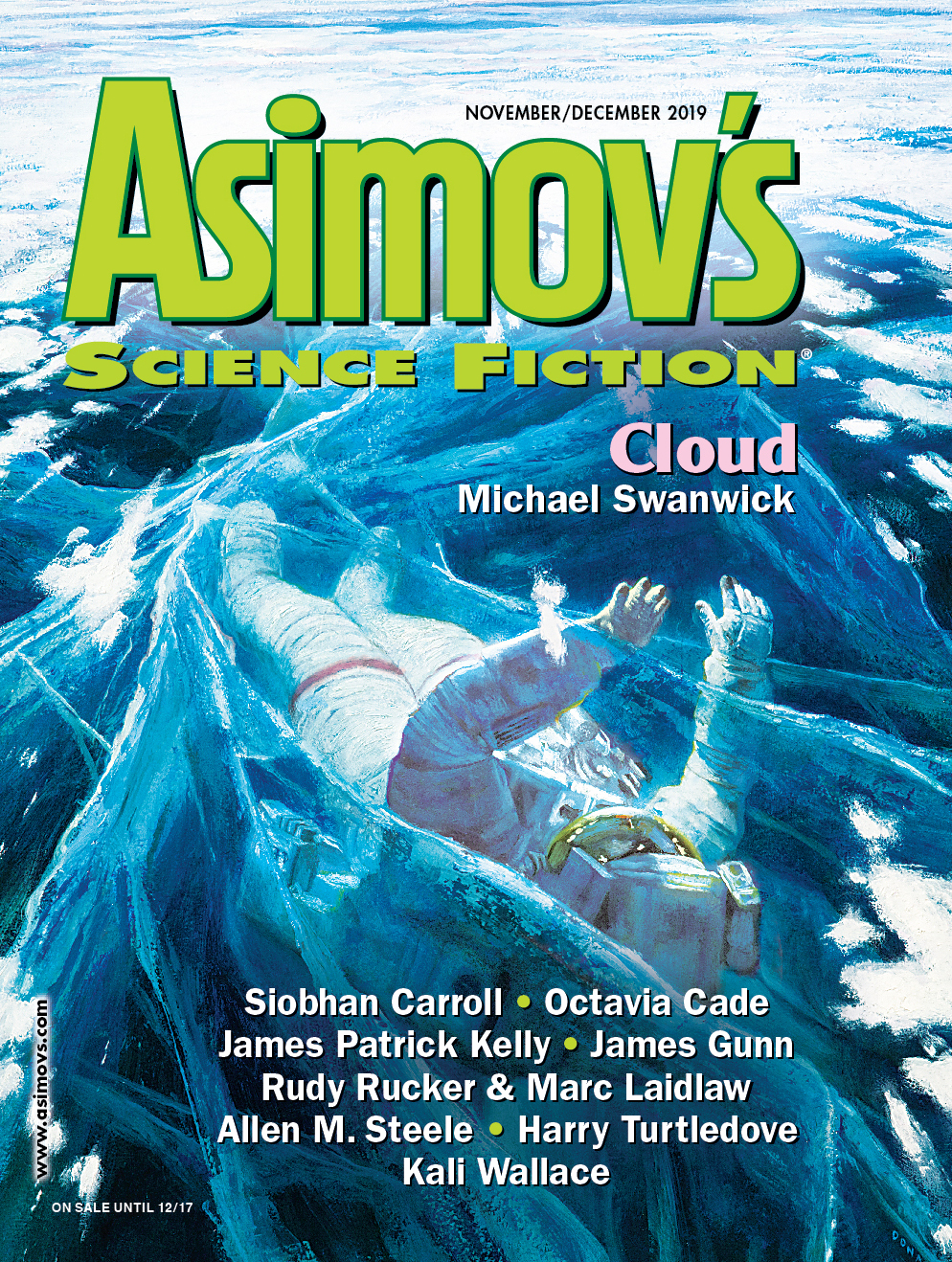