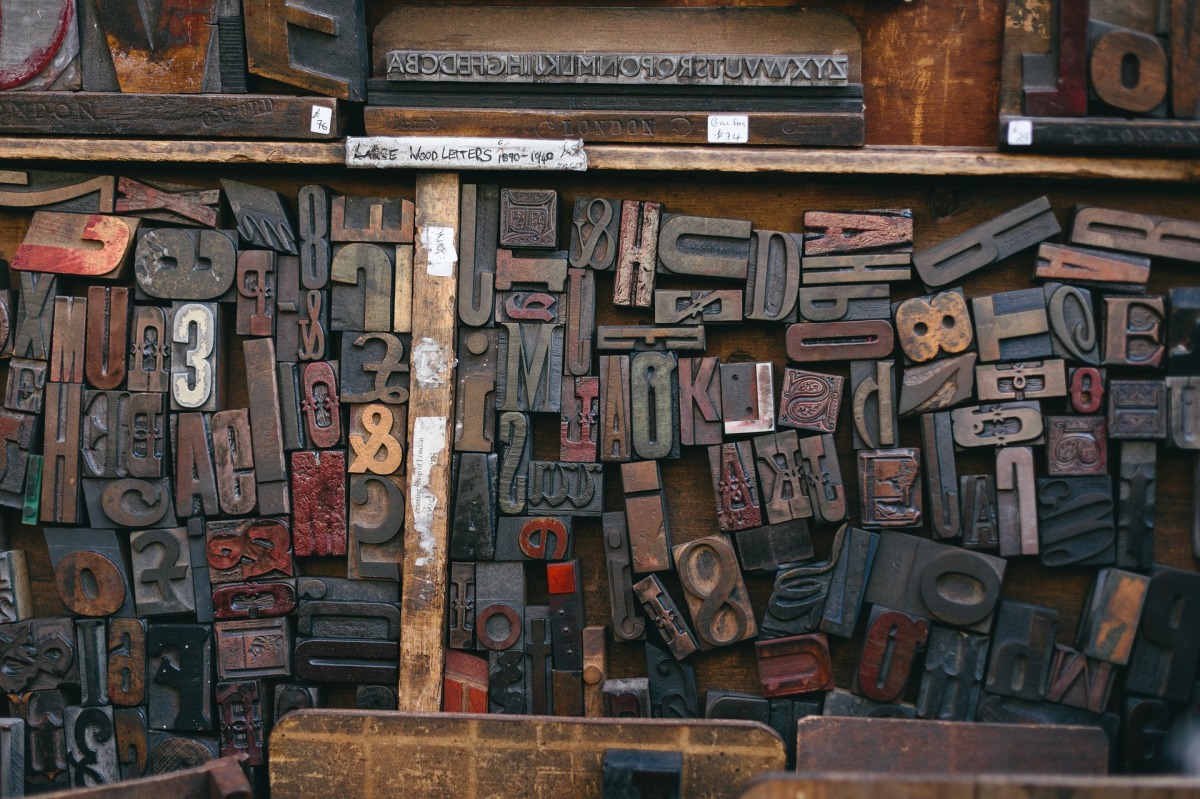 Far future stories are clearly written in a language we can’t understand, and only incompetently translated into a form of our current speech by an author who is almost never a linguist.

And sometimes there is no exact local equivalent to a concept or usage in that other world. So: do you make up a word, or repurpose one from our own language—in this case, English?

My Sere Glagolit stories [“How Sere Picked Up Her Laundry,” July/August 2017 Asimov’s & “How Sere Looked for a Pair of Boots” on sale in our current issue now!] are set in a vast city called Tempest, the City of Storms, the foundations of which were built by mysterious characters called the Architon. The city is inhabited by dozens of species from a variety of worlds and is full of widely variant environmental conditions. Storms and extreme weather conditions are common.

Sere herself is what we would recognize as a human being. She grew up in a somewhat dysfunctional human community, and now makes her living as a detective and problem solver, benefiting from a difficult childhood in which she often spent a lot of time in the company of the offspring of other communities. This past has not made an explicit appearance in any of her stories yet, but will in the future.

Referring to others with minimal judgment

While each of these groups does have a specific name I had to make up, how does the Sere refer to these other species in general? How does she think about all the various beings around her? Thinking of herself as “human” and the others as “alien” might, in some circumstances be the natural solution. “Us” and “others” is a typical dichotomy in history.

But this world is a bit different. It’s not that these groups all cooperate, or even acknowledge each other as equal. Tempest is riven with conflict, sometimes leading to societal breakdown. But they do each have a specific role to play, and face the same physical threats of a city built by others whose purposes are not understood and has dramatic weather conditions that sometimes turn fatal. Everyone is an alien.

So I figured there would be, mostly, a sense of rough equality, of “we’re all in this together.” So for the general referent for all other beings, I chose the somewhat Biblical term “nations.”

I put a version of the earlier Sere story, “How Sere Picked Up Her Laundry” through the Rio Hondo workshop, a peer workshop run by Walter Jon Williams. The general suggestion there was to use “gentile.” That had a certain logic to it, but I thought its connection to Jews and Mormons would load it with a bit too much referential baggage. But thinking about that baggage led me, finally, to nations.

“Nations” as used by the Hebrews was certainly not a neutral term. They thought other peoples were pretty awful, and existed solely to make their lives miserable. And so its use is not necessarily devoid of judgment in Tempest either. It’s just the term one group uses to describe all of the others in a generic way.

These matters of usage do play a role in revealing something of the social structure and culture of a place.

Speaking without a tongue

But sometimes I do find myself making up words. “Traffiq” is probably the most obvious. I wanted a word for language or tongue that did not refer specifically to that part of the human anatomy: many of the nations lack what we would recognize as a tongue, and sometimes communicate through gestures or other modes.

Why this finicky precision? Once in a story set in a medievalish world that never had Judaism or Christianity (“The Forgotten Taste of Honey”), I wanted to refer to someone’s Adam’s apple, the cartilage around the larynx that is visible in the throat, particularly in males. This gave me pause. They wouldn’t call it that, of course. The etymology of the term is more disputed than you might think, but its source is in Hebrew, through Latin.

I think I finally referred to the “voice box,” which sounds kind of dumb. Why spend so much time on this?

Because a word that carries inappropriate references can really rattle a reader. I still remember coming across the term “input” (as in “did he give you his input?”) in someone else’s medievalish novel, a computer-era term that affected me like a missed step in the dark.

Words carry with them all sorts of history, some upfront, and some more or less hidden. How much attention is the writer supposed to pay to this? Now that I look at my points of sensitivity, I see that at least these two derive from human anatomy. That’s not enough to formulate a rule from, but it’s something to watch.

“Traffic” derives from a Middle French word that means trade or commerce, which seemed appropriate. That French word had a Q in it, so, despite the overuse of that particular letter in making words seem “alien,” I thought it was enough to make clear that the word traffiq did not refer to getting stuck somewhere in your car. Still, it has a slightly orientalizing feel, since Arabic transliteration is the most common place you tend to see Q ending words. There’s always a loose end flopping around somewhere.

Are there innocent choices?

And here you thought “How Sere Looked for a Pair of Boots” was just a fun detective story set in a world with a lot of weird aliens. And it is! But sometimes more goes into light entertainment than you might think.

So don’t get me started on my search for an ungendered pronoun to refer to members of other nations, who may or may not have sexes as we understand them. “It” is generally used for objects or animals, not intelligent beings, though that is what I ended up using. I toyed with something like “id,” treated grammatically just like “it,” but as you’re reading you could easily trip over it and think it’s a typo for “I’d,” or, most likely, just think it’s dumb. Sometimes precision has to give way to readability. Particularly when the precision is more imagined than real.

There are enough alternate pronouns being created to deal with societal issues in our actual world that I didn’t want to come up with yet another to deal with a purely imaginary one in a made-up one. Still, “it” does not satisfy me. Suggestions welcome.

From his day job as a freelance marketing content writer, Alex Jablokov has learned to question his clients about what, really, they are after. His detective in this story, Sere Glagolit, is still learning the ropes, though her business is a bit more fraught than producing white papers. She first appeared in “How Sere Picked Up Her Laundry” (Asimov’s, July/August 2017). Alex enjoys Sere, her cases, and her environmentally complex home city of Tempest so much that he has several more stories planned for this world. He is also currently at work on a novel that grows out of the events of “The Forgotten Taste of Honey,” which was first published in our October/November 2017 issue. 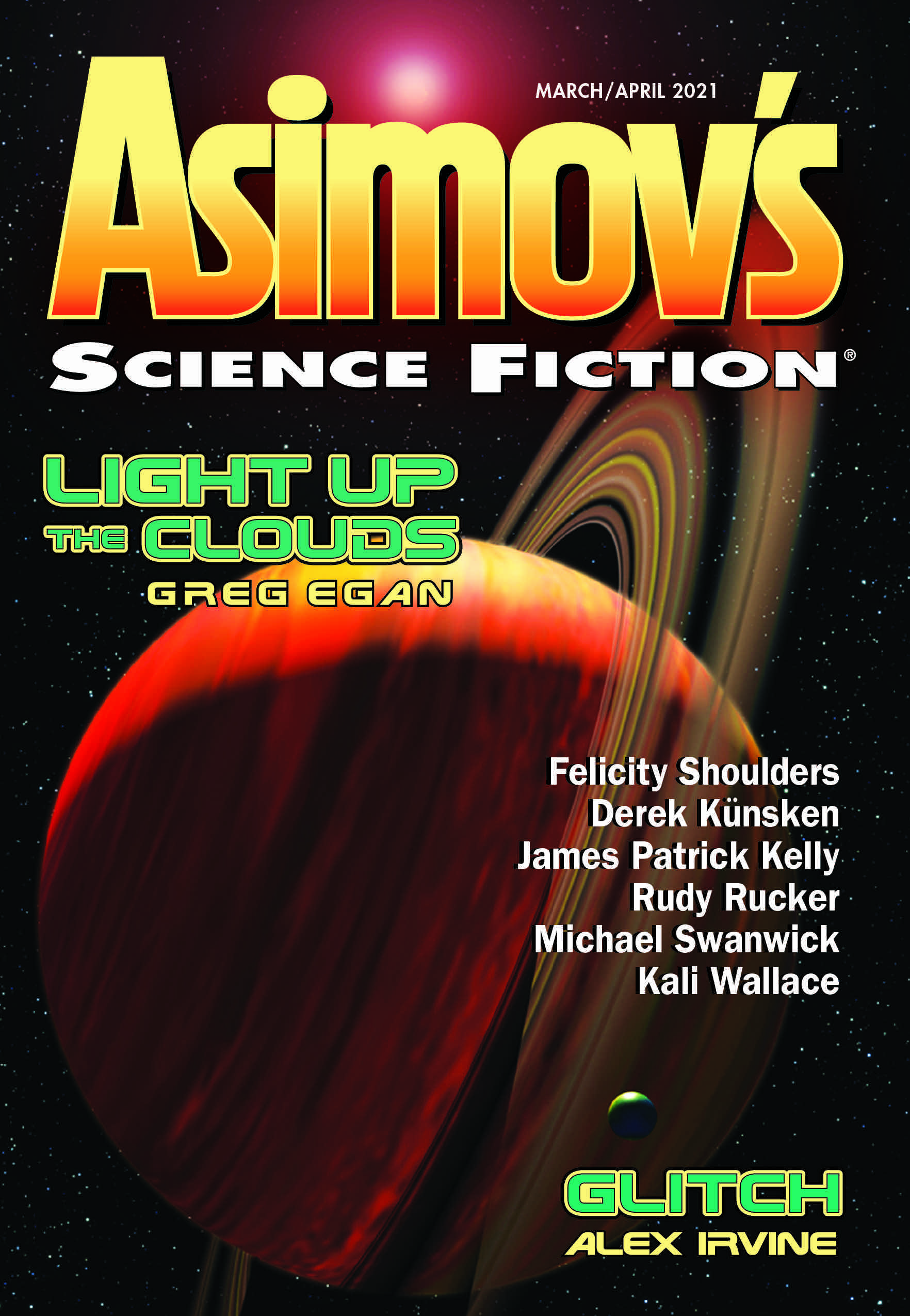